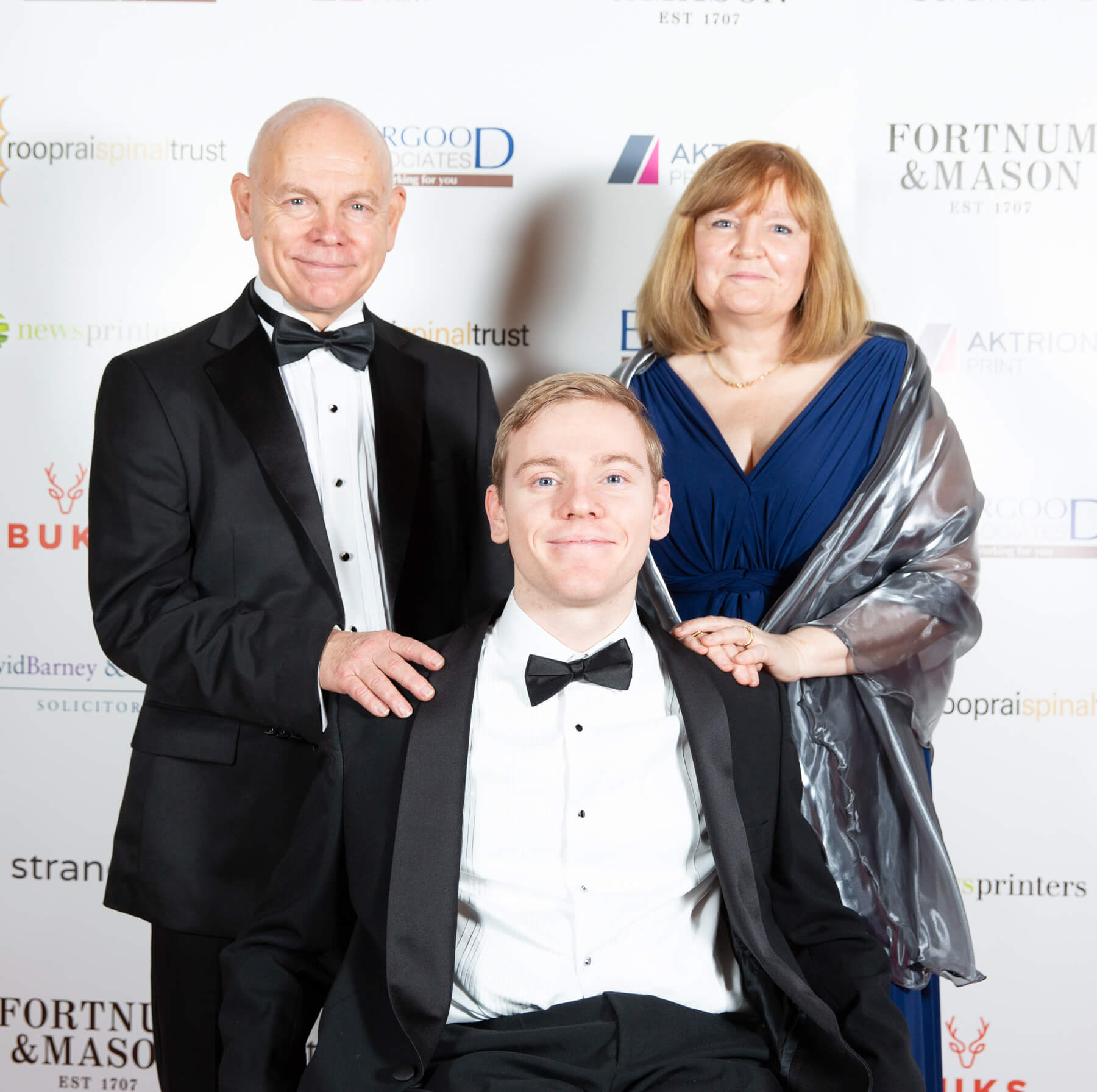 Gerard, 24, now studying for a Masters in Edinburgh, has been helped a number of times over the past three years.

He said: “I am really hoping to help RST personally in the future because of how supportive they have been to me.”

Gerard, whose home town is Welwyn Garden City, was teaching in Sweden as part of the final year of his degree when he had a diving accident that left him paralysed from the shoulders down.

Amazingly, the courageous young man was able to return to his studies a year later despite having to completely adapt to a new way of life.

His dad had heard about RST through a family friend and contacted them on his son’s behalf.

Gerard said: “I was keen to start physiotherapy and they gave me some help and guidance.”

But, more than that, they gave him a pair of Active Hands to help when doing his physio or exercising in general and they also contributed to his physio sessions.

He attended one of their annual fundraising balls and describes the night as one of the stand-out moments of his association with the charity. “It was wonderful dressing up, having a party, while also raising money for the trust.”

Gerard would have no hesitation encouraging those in his position to contact RST. “Whether it is for physiotherapy help, financial support or more general advice, they are knowledgeable and even if they can’t help directly, they can definitely put you in touch with someone who can.”