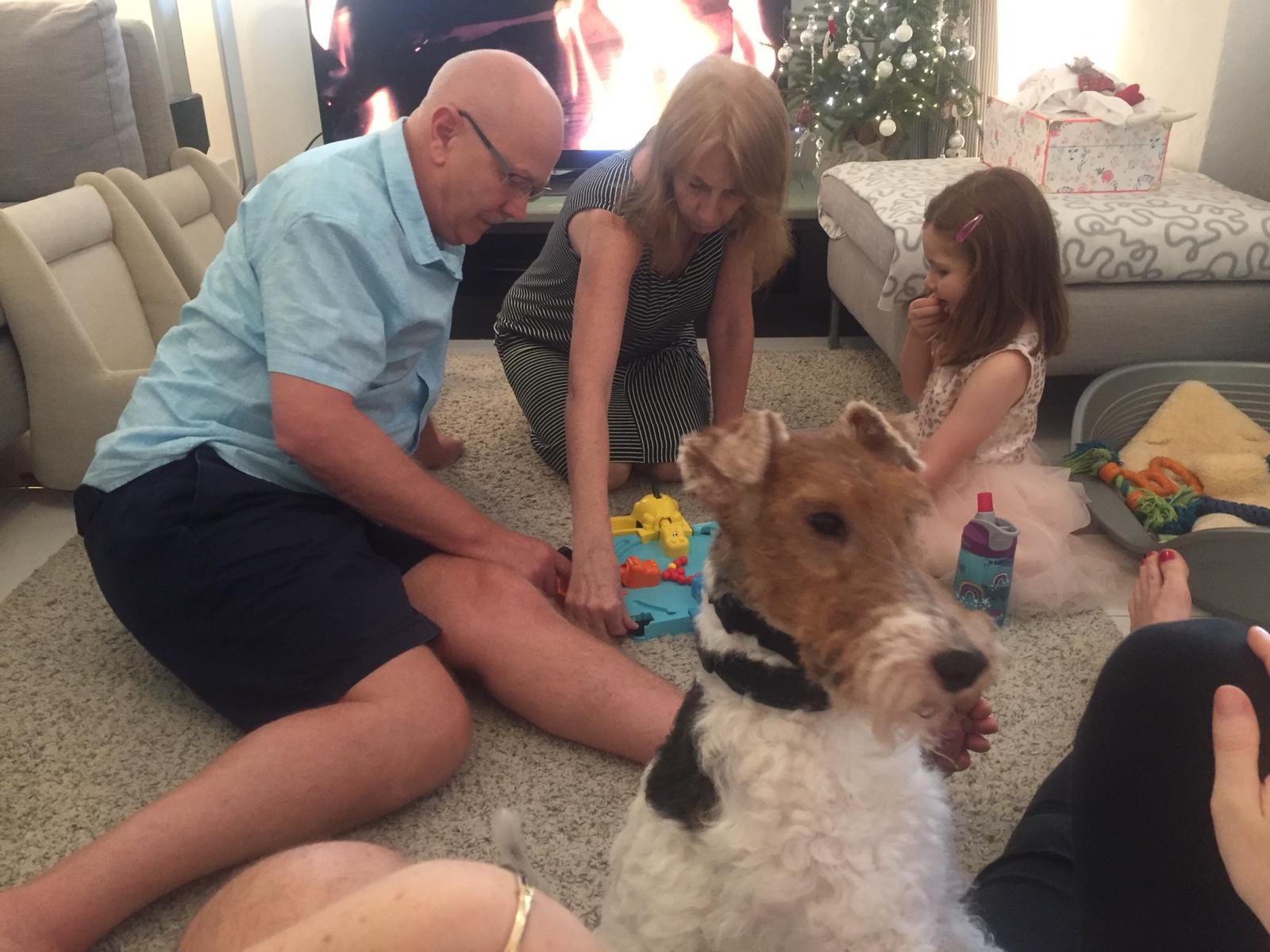 But, somehow, Paul had fallen down the stairs and suffered a C4 incomplete injury, leaving him with no feeling from the neck down. And instead of planning time tending to his garden, he was in a rehab unit coming to terms with his paralysis and having to learn to walk again.

Paul, who was 65 when the accident happened two years ago, stayed in hospital in his hometown of Ipswich for 13 weeks before being transferred to the Sheffield spinal unit for a further three weeks.

He says: “I became aware of the Rooprai Spinal Trust when my daughter Abby researched for any help that was available for anyone that had suffered a spinal injury. Both myself and my family were so inspired by Marrianne Rooprai’s story and efforts.

“My wife contacted RST and within minutes had a reply from Andy who very kindly offered to send me a pair of Active Hands which would help me to grip when exercising with my hands in hospital.

“When I returned home from hospital, Abby contacted Andy again who offered to provide six sessions with Prime Physio. After these sessions I realised that this one-to-one physio was really helping me and RST was happy to continue to help support me.”

RST has continued to provide Prime Physio sessions for Paul over the past 14 months and his progress has been remarkable.

“The Rooprai Spinal Trust has been absolutely invaluable. Without their support, I would never have accessed one-to-one specialist gym sessions which have improved my mobility considerably and given me the motivation to achieve the goals I never thought possible.

“I am now able to walk short distances, cook, do some gardening and drive.”

Andy and the team have also been able to offer support to Paul’s family. His wife, Chris, says: “Andy has always been there to talk to when I have had any concerns, and believe me there were plenty when Paul first came home. I was devastated when Paul had his accident, but with the help of RST I have seen an improvement that I thought I could only ever had hoped for.”

Paul’s daughter, Abby, has nothing but praise for the work of RST. She says: “From the minute we contacted Andy, he was emphatic, supportive and so incredibly helpful – he just ‘got it’. From that day forward, RST has provided such fantastic support to Dad; the specialist physio sessions have been a godsend and have enabled Dad to reach his goals. I can’t speak highly enough of this amazing Charity.

“My husband is running the London Marathon for the RST to try to give something back, but really, the support we’ve received is priceless.”