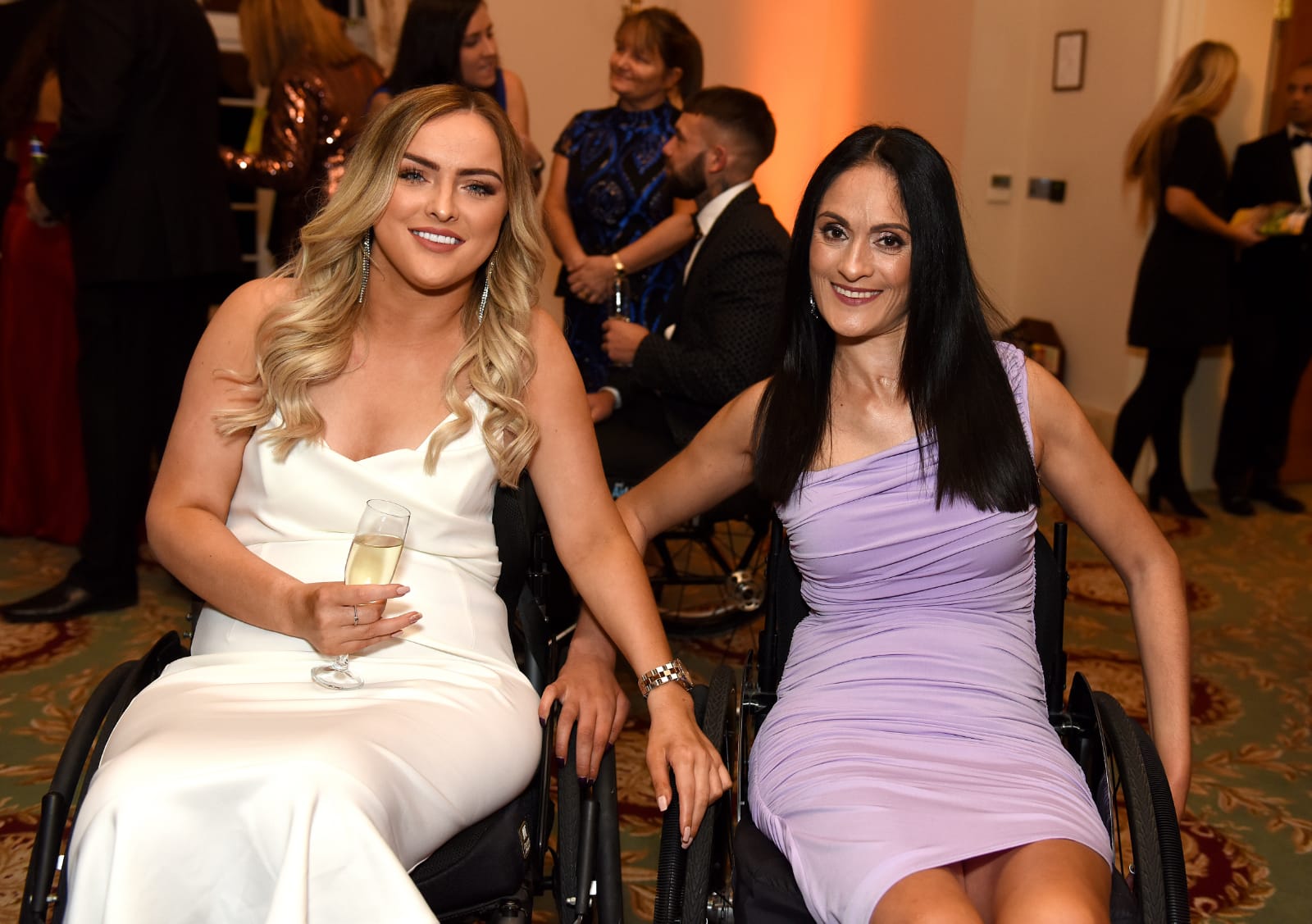 Helen, from Bridgend, South Wales, woke up one morning with an ache in her neck. By noon, she was unable to move or breathe properly. Despite medical attention, nothing could be done and the young woman was left tetraplegic.

Nobody really knew what had happened, although it was suggested her condition had been the result of a virus as she had shown no earlier signs or symptoms of being ill. The elimination diagnosis was transverse myelitis, an inflammation up to C4.

But, for Helen, no fancy name was going to change the fact that she thought her life “was over”.

The Video That Changed Everything

She says: “I was super active, really sporty, I worked full-time and had lived abroad. I worked all over the UK, voluntary coaching in schools. I was always a very busy bee, you know.

“I drove, I paid for everything for myself, I was so independent. I loved life, I loved going out with my friends and kind of enjoying life to the full.

“When this happened and I ended up in the rehab facility, seeing other people in wheelchairs, I couldn’t stop crying and I thought that my life was over and I would never live the same kind of life and be able to do what I did before.”

But then she saw the remarkable video of Zach Washington on Facebook and it changed everything. Zach, who received support from Rooprai Spinal Trust after losing the use of his legs in a coach accident, and who had been told he would never walk again, had completed the London Marathon and footage of his achievement had gone viral.

“You know, social media can be used for bad, but also it’s good. If I didn’t see Zach’s video circulating, I may not have found RS Trust. I read his story and saw the support he had received from them.”

Helen contacted the charity to see what they would be able to do for her.

Getting To Know And Love RST

“Everyone from the trust has helped me mentally and physically. They don’t just ship you off to physio and then that’s the last of it, you’re in continuous contact with them.

“The individuals themselves are amazing and, honestly, I couldn’t have met kinder people. I love what they do and how they are making a huge impact and making lives better for those who have sustained a horrible injury.

“You can see the dedication in them and the dedication they give to others to help as much as they can in any way possible.  I am so lucky to have them in my lives because we can relate so much and they have helped me so, so much.

“I am extremely grateful and lucky that this horrible injury has led our paths to cross and I want to be a better version of myself simply because of them. They are more than just a charity helping people access equipment and physio, they are people with emotions who actually care about you and want you to succeed in this new life and can’t support you enough.

“They see the greatness and best in everyone and you feel a part of the family. It’s so lush.

“My world just flipped after meeting them and continued to get better. And it still is, even after over three years I’m still learning new things and attempting new challenges. I surprise myself with what I’m capable of doing and I couldn’t be happier.

“This is thanks to them just always being there for me even if it’s nothing to do with physio, if it’s just simply contacting me when I’m down or any other problems I have, they are always the first ones to help as much as they can. They are just amazing people who have always got your back no matter what.”

Helen is wanting to be physically stronger before she returns to work, but in the meantime she is a trustee of Bridgend Coalition of Disabled People, helping promote awareness about the issues faced by people with a disability, whatever form that may take.